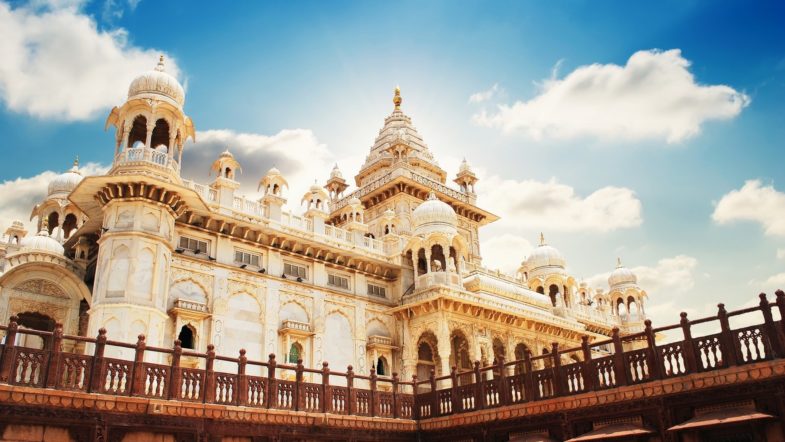 The Golden Triangle has become the most popular of tours in India. Introducing India’s major charms, its monuments, heritage and culture, the travel circuit covers the cities of Delhi, Agra and Jaipur, which form a triangle on the map. Just 250 kms away from each other, these cities are the most popular of tourist places in the country. Covering some of the most attractive sights, traditions and experiences the tour of Golden Triangle Tour introduces the best of India. Though the list of the popular tourist attractions on the Golden triangle tour is quite vast, these are some of most must-visit sites:

Named among the ‘wonders of the world’ Taj Mahal is without doubt the most popular monuments in India and also the world. The white-marble mausoleum is an icon of love built by Mughal Emperor Shah Jahan for his beloved Mumtaz Mahal. The charm of the Taj is the reason why is listed among the UNESCO World Heritage Sites.

The next popular tourist attraction one can cover with a trip of the Golden triangle is the Red Fort. The seat of governance of the Mughals in the olden days and now the site to host the Indian flag on the Independence Day, this fort houses some of the treasures one must not miss. Museums, incredible architecture, and the feel of the olden days makes it truly unmissable. In today’s era hi rises are a common sight but there is something special about the QutubMinar. The brick minaret dates to the days of the Islamic rule in Delhi. The archaeological complex has mysteries that enthral all. Wonder at the master craftsmanship of artisans of the olden days.

Old Delhi, formerly the city of Shahjahanabad is one of the major attractions of Delhi. Here you can come across some fine specimens of Mughal architecture, savormouthwatering parathas & street food delights, shop till your drop and more.

While the Taj Mahal is the most beautiful treasures of India, Humayun’s Tomb is the inspiration behind the ‘wonder of the world’. The world heritage site is a scenic garden tomb dedicated to the Mughal emperor Humayun. Honouring the spirit of solders, the arch of India Gate is a part of New Delhi. Carved names of the lost lives in the World War I and the ever-burning Amar JawanJyoti commemorate the martyred soldiers bring you to come and pay your respects. The seat of the Mughals for centuries, the red-sandstone Agra Fort is an impressive tourist attraction. Step into the olden days of glory while you explore the fortress’ palaces, lawns, halls, courtyards, etc. The world heritage site represents the most glorious chapters of Indian history

Haunted, abandoned and mysterious, the city of FatehpurSikri marks the glory of Mughal excellence. A world heritage site listed by UNESCO, the town lies on the way to Jaipur from Agra. Watch out for BulandDarwaza- the biggest doorway in the world. The architectural beauty is unmatched. Marble at the craftsmen talent while you explore the town.

Palace of Winds as Hawa Mahal is called in an icon of Jaipur. The most popular sight of the Pink City is an impressive masterpiece of architecture. Honeycombed outer façade faces the city whereas pleasure palace and gardens lie within. This magnificent beauty was built for the royal ladies to enjoy the happenings of the city without coming in view of the public.

The royal residence of the imperial family of Jaipur, City Palace is one of the most interesting sites in Jaipur. Step into a world of opulence and grandeur. Marvel at the palaces, halls for audiences, museums and more.

Atop the hills overlooking Jaipur, Amer Fort is among the must-visit places in Jaipur. The yellow sandstone fortress is a spectacle owing to its mix of Rajputana architecture. Watch the breath taking views of the surroundings, awe at carvings and craftsmanship displayed in the halls, gardens, etc.

Listed as a UNESCO World Heritage Site, JantarMantar is a group of buildings that have been crafted by the founder of Jaipur, who had keen interest in science. These collections of nineteen architectural astronomical instruments calculate time, predict eclipse and other scientific events. A beauty to marvel at Jal Mahal, the Water Palace looks like a vision. Settled in the middle of the Man Sagar Lake, it is one of the most beautiful places to visit in Jaipur.