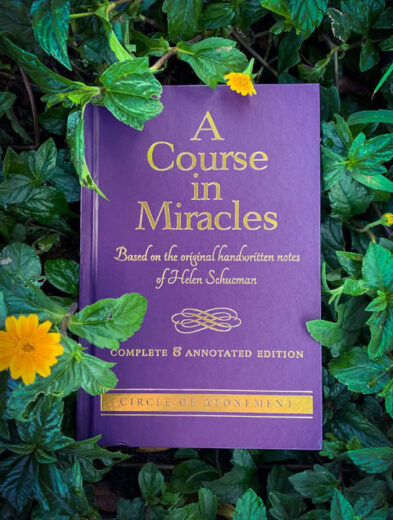 In ancient times ACIM were considered a normal occurrence. Today, we do not often hear of miracles occurring. The incidents I hear about, which are classified as miracles, mostly deal with images. One person supposedly found the image of Jesus in a piece of toast. There was the image of Mary found on the face of a tree, and many others similar incidences. Of course, we sometime hear about man-made objects (such as statues) that either cry or bleed and are considered miracles.

It is ironic that today’s miracles mainly deal with objects, where as miracles in the pass dealt with people. Such things as the death suddenly hearing, or the blind suddenly seeing. Such miracles do not seem to happen anymore, and we have seemingly stopped looking for such incidents to happen. People did not simply stop looking for miracles, instead, I believe that modern day society has psychologically trained us to no longer expect divine intervention in our affairs as it is said to have happened during Biblical times.

Although we no longer expect miracles to happen, our desire for them to occur is as strong as it has ever been. Proof of this is demonstrated by the large crowds that gather anytime it is announced that a miracle has occurred. There are several locations around the world, which have been credited with the occurrence of a miracle, that get thousands of visitors on a daily and/or annual basis. So, it is probably not accurate to say that modern society’s inhabitants have lost its desire for miracles to occur in their lives.