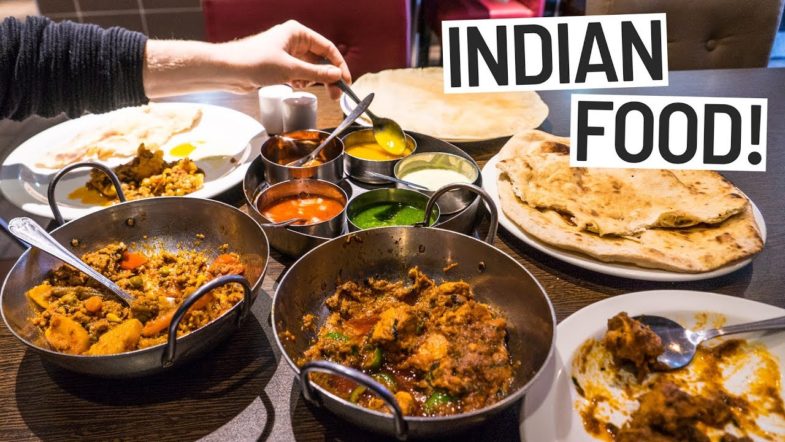 Spicy and exotic lovers will find the best of the menus in the following best dishes of Indian cuisine.

India is one of the countries that most embraces vegetarianism and the best example of this is aloo Gobi. Its name, a variation of potato (Aloo) and cauliflower (Gobi), refers to these two vegetables to which turmeric is added as a dye and a set of spices seasoned with curry leaves, garlic or onion.

The types of Indian breads deserve their own article judging by the many varieties of this food in India. However, the father of all breads is the roti, made with wheat flour and cooked on a flat surface, resulting in other types such as naan bread, made with yogurt, roti or paratha , which is filled with Potato and onion sometimes.

Another of the most exported dishes of Indian cuisine is tandoori chicken. A delicacy made from pieces of chicken bathed in yogurt to which garam masalas is added, a set of spices typical of India, in addition to the turmeric that provides the orange color and the red pepper powder that adds the color red and spicy touch The name tandoori obeys the typical Indian clay oven in which the chicken is cooked.

Conceived as a snack to consume at train stations or street stalls, the samosa is a puff pastry triangle made with wheat flour that is filled with vegetables such as potatoes and peas previously fried in oil or butter and seasoned with turmeric. There are also varieties of meat samosas, although vegetarian is the most consumed in all of India.

Biryani is one of the most typical dishes of Indian cuisine. A combination of different rice to which different vegetables, spices or meat are added, there are different versions depending on the Indian state in which it is consumed.

The state of Kerala, in South India, is famous for its dishes based on coconut, banana and other more tropical flavors. Cymbals that lead to the best known of the “Land of God”: a sadhya (or thali) consisting of a banana leaf run into different rice, breads, pickled mango, chutneys (typical sauces) or fried banana pieces .

Of all the desserts and sweets of India, the city is the most famous of all, with different versions throughout the geography of the subcontinent. A spherical dish whose dough is made from chickpea, butter, coconut and almond zest, resulting in a sweet and appetizing dish to accompany with a very cold tea or coffee.

One of the most typical drinks of Indian cuisine is this tea boiled with water and milk to which different spices such as cardamom, ginger or pepper are added. A recurring drink throughout the country of India and ideal to regain strength after a long day of travel or work.