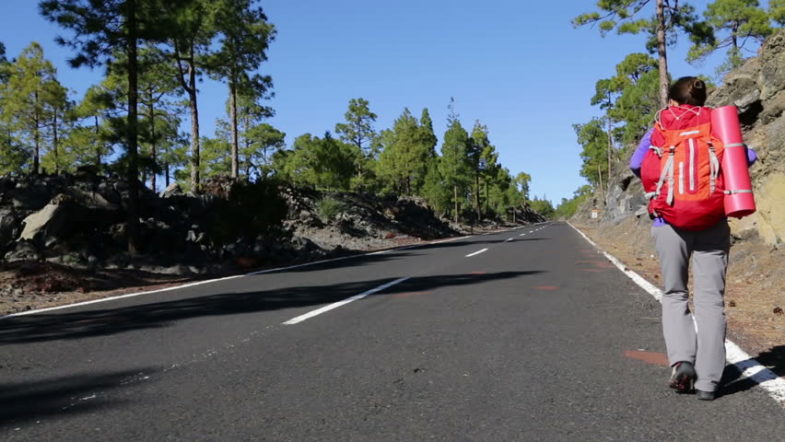 Travel writer Jimmy Hogg talks us through a tough time from his travels in Spain in this excerpt from his latest book.

The weight of loneliness is particular heavy in the evenings. Highlight by watching people mix with their friends, share food, laugh and all the other things that people do when they socialize. I wonder about people like Antonio, the rotund landlord of the palace I’m staying in. He seems to be on his own, hanging out all day and night.Collecting monies from tourists from time to time. But what goes on in his mind as he lays in his bed, surely his wants and desires are the same as everybody else. I suppose it’s impossible to peel back someones veneer unless they choose to be exposed. But it does make it a little difficult to feel as though you’re a part of anything, as though anyone else is experiencing anything resembling what you might.

This is perhaps why books are so comforting. There tends to be an openness, an accessibility and honesty which allows you some kind of connection to whatever it is you’re looking for.

But, I digress slept for ages. I had the heat cranked and I woke a few times in the night having had strange dreams, one of which involved the room. I was in being a through way for the Camino trail. The security light above the door temporarily becoming a fire on a mountainside until I turned on the overhead light and confirmed my Surroundings.

It’s NOT raining. Thank hell. I walk outside, just wandering in no particular direction, testing out my back. The pain now stretches from my hamstrings up to the right side of my neck, but the muscles in my back are beginning to sort themselves out. Even though this is stuff I know from experience that it’s getting better. Either way, I’m not doing much in the way of walking today. I get a ticket from the bus station for the 12.30 PM bus. I drink a coffee and eat a sort of empanada. Which is nothing like that which the rest of the world knows as an empanada. It’s more of a spanakopita- without any sign of a vegetables, obviously. I sit outside on a bench and eat it and read Fitzgerald.

Oh, and before I forget, the shower I had this morning was an ordeal. Antonio has one of these showers from the future made about twenty years ago and there are various settings. So that you can have water smashing you from the sides or from the normal shower head or from the overhead wide-tropical-waterfall thing. I hell around with it for a while and there’s water going EVERYWHERE and eventually.

I just use the normal shower head. Thing which likes to shoot out of its plastic grip that doesn’t quite manage to grip. It to the wall and so I hold. It and the waterfall occasionally alerts me with fist-sized droplets of cold water. It’s not very relaxing, but it wakes me up and ensures that I don’t use too much water. As I leave Antonio says it’s a good day today, there’s no rain. I agree. And then he says it’s been raining so much the snails need water-wings. Which he says in Spanish and I’m surprised I understand. WE SHARE A JOKE. HUMAN INTERACTION AT ITS HIGHEST FORM.

Never to be confused with the footballer Jimmy Hogg, the real Jimmy can be found on stage in Toronto, Ontario this coming winter.